In this collection, you can see the Photoshop plugin with the title of creating the effect of moving shattered particles from River graphics, which is available for download in JSX, PSD, and PNG formats on the site. You Can Also Download Animator Photoshop Plug-in For Animated Effects. 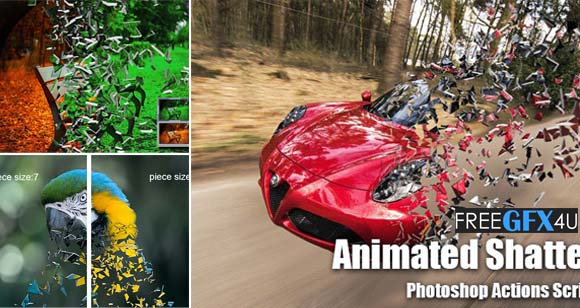 Below I am sharing with you jpg screenshots images of Shatter Animated Photoshop Add to get a better idea before download, I hope you like it.